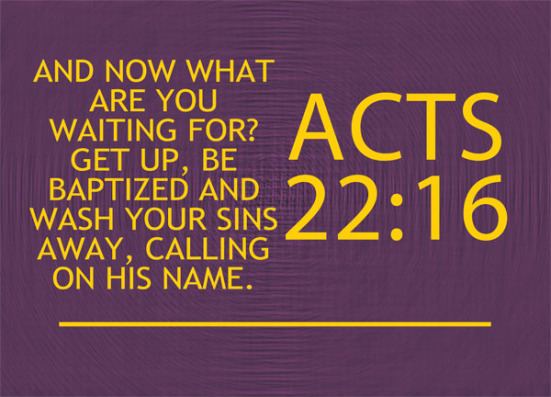 Saul of Tarsus, the foremost persecutor of Christ and the church, became the greatest salesman for Christ in the world. But before this took place he underwent a great change in his convictions and was converted to Christ.

As he neared the ancient city of Damascus, Syria, a great light brighter than the noonday sun appeared unto him and a voice from heaven asked him why he was persecuting him. He asked, “Who are you Lord?” And the voice spoke again and said, “I am Jesus of Nazareth whom you are persecuting.” Saul wanted to know what he must do. Jesus instructed him to go into the city and it would be told him what he must do.

He went to a house on Straight Street and was in deep penitence for three days, neither eating nor drinking. The Lord sent the gospel preacher Ananias to speak to Saul, informing him that Saul was a chosen vessel to speak before Kings, Gentiles and the house of Israel. The persecutor was to become the persecuted: “I must show how many things he must suffer for my namesake.”

When Ananias arrived, he at once stated that his mission was to bring him sight and salvation. Immediately, Saul arose and obeyed his instruction: “Immediately there fell from his eyes something like scales, and he received his sight at once; and he arose and was baptized” (Acts 9:18).

Also when Paul later had an audience with King Agrippa, after relating his confrontation with Jesus of Nazareth he said:

“Therefore, King Agrippa, I was not disobedient to the heavenly vision, but declared first to those in Damascus and in Jerusalem, and throughout all the region of Judea, and then to the Gentiles, that they should repent, turn to God, and do works befitting repentance” (Acts 26:19-20).

Later, when Paul (formerly Saul) related his own account of his conversion he quoted Ananias who said:

“And now what are you waiting for? Get up, be baptized and wash your sins away, calling on his name” (Acts 22:16 NIV).

Jesus said in the great commission, “He that believes and is baptized shall be saved” (Mark 16:15-16). Obviously, baptism preceded by and conjoined with faith, repentance and the good confession of faith is a condition of salvation from past sins.