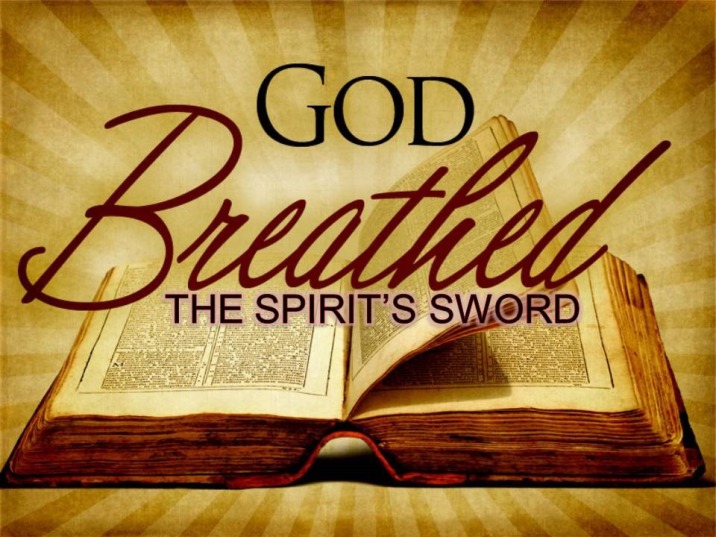 Contrary to the views of modernists, and liberals, who believe the Bible to be simply the uninspired opinions and words of men, Jesus held the words of the Bible to be the word of God, and therefore full of divine authority and power. The attitude of Christ toward the word of God is well expressed in his discourse concerning the destruction of Jerusalem:

“Heaven and earth shall pass away, but my words shall not pass away”(Matthew 24: 35).

This simply points out the fact that all of God’s creation will ultimately pass away and be no more, but God’s word will live and abide forever.

CHRIST CLAIMED THAT GENESIS IS INSPIRED

JESUS ENDORSED THE INSPIRATION OF GENESIS CHAPTERS ONE AND TWO

Perhaps no book of the Old Testament has been under fire by the critics of the Bible more than Genesis chapters one and two, concerning the creation of the material universe, as well as that of man and woman. However, our Lord quoted from both Genesis one and two, which gives evidence that he received those chapters as a revelation from God and inspired in every detail.

In Matthew 19, the Pharisees came to Christ and questioned him whether it was lawful for a man to put away his wife for every cause. They questioned him in order to ensnare him in his speech. One group of the Jews said that a man could put away his wife for every cause; another group said that a man could only put away his wife for infidelity; therefore, they hoped to put Christ in a dilemma, and whichever way he answered he would be the object of the wrath of the other party. But our Lord did not answer them in the way they desired him to do. He replied to their question by referring them back to their own scriptures, Genesis one and two:

“Haven’t you read,” he replied, “that at the beginning the Creator ‘made them male and female,’ and said, ‘For this reason a man will leave his father and mother and be united to his wife, and the two will become one flesh’? So they are no longer two, but one. Therefore what God has joined together, let man not separate”” (Matthew 19: 4-6).

Modernists and evolutionists deny the plain obvious facts as recorded in Genesis chapters one and two, but our Lord received these facts as corresponding exactly to what happened when God created the heaven and the earth with all of its beings. Obviously then Jesus did not accept the silly and erroneous idea that man evolved from a simple form of life to the complex being that he now is. Jesus believed what Moses said in the first two chapters of Genesis. “The details of the creation of man are full and complete. He was created male and female. He came into existence as the intelligent complex being he now is.” 1

The scriptures to which Jesus referred the Pharisees are Genesis 1: 27 and Genesis 2: 24. Jesus therefore placed his stamp of approval, and his sanction upon the Genesis account of the creation of man and woman, and their marriage. In so doing, Jesus endorsed the inspiration of Moses who wrote the first book of the Bible. It is obvious then that we cannot deny the inspiration and authority of Genesis one and two without denying the truthfulness of our Lord Jesus Christ.

Next we observe that Jesus made reference to the murder of Abel as recorded in Genesis chapter four:

“Therefore I am sending you prophets and wise men and teachers. Some of them you will kill and crucify; others you will flog in your synagogues and pursue from town to town. And so upon you will come all the righteous blood that has been shed on earth, from the blood of righteous Abel to the blood of Zechariah son of Berekiah, whom you murdered between the temple and the altar” (Matthew 23: 34-35).

It is plain from this reference to Abel, as recorded in Genesis 4, that Jesus received Abel as a real historical person, and not just a myth or a fable. It also proves that Jesus accepted the inspiration of Moses who recorded this event in Genesis 4: 1-13.

The reference which Jesus makes to Zechariah son of Berekiah, also confirms the inspiration of the historical books of the Old Testament, for we read of Zechariah, and his murder, in 2 Chronicles 24: 20-22. Thus Jesus accepted those books as truthful, authoritative and inspired of God.

Our next case in the book of Genesis which Jesus confirms as the inspired word of God concerns the flood in the days of Noah. The skeptical world has denied for many years that such a flood ever took place. But Jesus refers to the conditions prevailing in the days of Noah, both before, during and after the great flood. The disciples had asked Jesus when would be the end of the world. Jesus replied that no man would know that day or hour, not even the angels nor the Son, but only the Father. The only hint which he would give concerning that awful day was that it would be as unexpected as the flood that came upon the people in the days of Noah:

Jesus here refers to the events surrounding Noah and his family, and the wicked world about him, as recorded in Genesis 6: 1-3. Jesus accepted the great flood as a fact of history and not some fiction of man’s imagination. He accepted Noah as a real historical person, and not a mythical person. Therefore, Jesus placed his sanction upon the account as recorded by Moses which in turn shows that he believed Moses to be inspired in his utterances of the facts of early history.

In the fourth place, Jesus referred to Lot and the destruction of Sodom and Gomorrah showing that he believed this account as recorded in Genesis 19: 1-26, to be historical, true and inspired of God, as recorded by Moses:

“It was the same in the days of Lot. People were eating and drinking, buying and selling, planting and building. But the day Lot left Sodom, fire and sulfur rained down from heaven and destroyed them all. It will be just like this on the day the Son of Man is revealed. On that day no one who is on the roof of his house, with his goods inside, should go down to get them. Likewise, no one in the field should go back for anything. Remember Lot’s wife” (Luke 17: 28-32).

This proves that Jesus placed his sanction upon Moses’ account of the destruction of Sodom and Gomorrah, and the salvation of Lot. Jesus in this statement has reference to the awful Destruction of Jerusalem and the Abomination of Desolation spoken of by Daniel the prophet (Matthew 24:15; Daniel 8:13). This destruction happened in A. D. 70 under the leadership of the Roman army under Vespasian and his son Titus! Thus Jesus also endorsed the inspiration of Daniel’s utterances.

Finally, Jesus in a conversation with his critics made reference to Abraham, Isaac and Jacob, showing that he believed them to be real characters and not mythological persons. This also proves that he sanctioned Moses’ inspiration in recording the events surrounding these great patriarchs of old. The Sadducees were the modernists during the days of Christ. They denied that there would be a general resurrection of the body. They denied the existence of angels and spirits. They came to Christ with a shrewd and subtle argument which they thought proved that there would be no resurrection at the last day. But like the modernists and liberals today, Jesus said they had made a great error in that they knew not the scriptures, nor did they understand the power of God. Having demolished their sophistry, Jesus went on to teach concerning the resurrection of the dead:

Thus far, you will observe that we have tested the attitude of Jesus concerning the book of Genesis. We have noticed that Jesus made reference to Genesis chapters one and two, chapter four, chapter six, chapter nineteen, and incidentally, in making reference to Abraham, Isaac and Jacob, he endorsed Genesis chapters eleven through fifty. Now we have not been able to find statements made by Christ where he referred to events in every chapter in the book of Genesis, but we have found a sufficient number of references to show that Jesus endorsed and sanctioned the inspiration of the book of Genesis. It is not necessary to refer to every chapter to know that he endorsed the book of Genesis. Sufficient references have been made to show what kind of an attitude Jesus had toward the first book of the Bible. He received it as the inspired word of God, and so must we, if we will be pleasing to our heavenly Father:

2 Timothy 3:14-17
14 But you must continue in the things which you have learned and been assured of, knowing from whom you have learned them, 15 and that from childhood you have known the Holy Scriptures, which are able to make you wise for salvation through faith which is in Christ Jesus.

16 All Scripture is given by inspiration of God, and is profitable for doctrine, for reproof, for correction, for instruction in righteousness, 17 that the man of God may be complete, thoroughly equipped for every good work.
NKJV