And when James, Cephas, and John, who seemed to be pillars, perceived the grace that was given unto me, they gave to me and Barnabas the right hands of fellowship; that we should go unto the heathen, and they unto the circumcision.—Galatians 2:9 KJV

FELLOWSHIP WITH THE SUFFERINGS OF CHRIST AND PAUL

It is the lot of all who live in the flesh to suffer. Suffering is never a pleasant thing, but like many unpleasant things it can work together for our good. One must make sure, however, that his suffering is due to the good that he has done and not to the evil (Cf. 1 Peter 5:15-16). One of the prominent features of the life of Christ was that he suffered. He suffered from his enemies, he suffered many times from his friends, and finally he suffered upon the cross. One of the most glorious things about the Christian life is that we may have fellowship with the sufferings of Christ.

Fellowship with the Sufferings of Christ

When the apostle Paul became a Christian, he was willing to lose everything that he might be pleasing to Christ, and this involved suffering for the cause of Christ (Cf. Acts 9:15-16). When writing to the Philippians he informed them of his desire to be like Christ in every respect, even if it involved suffering for Christ,

“That I may know him, and the power of his resurrection, and the fellowship of his sufferings, being made conformable unto his death” (Philippians 3:10).

Paul had fellowship with the sufferings of Christ because he suffered for the same reasons for which Christ suffered. Paul suffered because he preached the truth and exposed error throughout the whole world.

When Paul’s life was nearly over, he continued to have fellowship with the sufferings of Christ by offering up his body on the altar of sacrifice (2 Timothy 4: 6).

Paul was not alone in his desire to be a partaker with Christ’s sufferings; the apostle Peter also informed his readers that suffering with Christ should be an occasion of joy:

“But rejoice, inasmuch as ye are partakers of Christ’s sufferings; that when his glory shall be revealed, ye may be glad also with exceeding joy” (1 Peter 4:13).

The word partaker in this verse is from koinoneo, a present active indicative verb which means, “To come into communion or fellowship, to become a sharer, be made a partner” (Thayer, p. 351). It is used in this verse with the dative of the thing in which they were made partakers, which are the sufferings of Christ. Therefore, fellowship with Christ’s sufferings not only involves a state but an act. They were continually partaking of Christ’s sufferings because they preached the truth and lived the Christian life. Because of the glory that would ultimately be revealed, they were to count their suffering a joy, and to look forward to the time when they would be with Christ forever.

The suffering of death is the lot of all who live in the flesh, and since the devil had the power over death, it was necessary that Christ should have fellowship with our nature in order that he might die and thereby destroy him that had the power over death, that is, the devil. Christ in his divine nature could not die; therefore, the writer of the Hebrew letter informed us of the reason why Christ had to suffer and why he had fellowship with our nature,

“Forasmuch then as the children are partakers of flesh and blood, he also himself likewise took part of the same; that through death he might destroy him that had the power of death, that is, the devil” (Hebrews 2:14).

As previously stated, the apostle Paul suffered much during his life of preaching the gospel of Jesus Christ. Before Paul became a Christian, he persecuted the church of Christ and thereby persecuted Christ. After his conversion, he was persecuted perhaps more than any other person during the New Testament age. There were churches, which Paul helped to establish that had fellowship with him concerning his sufferings for the cause of Christ. In writing to one of those churches, Paul thanked them for their fellowship with his afflictions. To the Philippians he said,

“Notwithstanding ye have well done, that ye did communicate with my affliction” (Philippians 4: 14).

The fellowship, which the Philippians had with Paul, was an act, which they did to help him. The word communicate is from the word sunkoinoneo, an aorist participle, meaning, “To become a partaker together with others or to have fellowship with a thing” (Thayer, p. 593). The Philippians had fellowship or communicated with Paul’s afflictions on several occasions by doing something to help Paul during his trials. What did they do in having this fellowship with Paul’s afflictions? Paul himself tells us, “Now you Philippians know also, that in the beginning of the gospel, when I departed from Macedonia, no church communicated with me as concerning giving and receiving, but you only. For even in Thessalonica you sent once and again unto my necessity” (Philippians 4:15-16). The Philippians fellowshipped the apostle Paul’s sufferings by sending a contribution to help sustain him during his trial in Thessalonica. If churches did that in the days of Paul, then churches may have fellowship with gospel preachers who are suffering for preaching the gospel today.

When Christians have fellowship with gospel preachers who are suffering, they are the cause of many prayers and thanksgivings (Philippians 1:3-5). Let us count it all joy when we suffer for the sake of Christ, knowing that the spirit of glory and of God rests upon us (1 Peter 4:14).

QUESTIONS ON THE LESSON

1. Discuss how suffering is common to all men and how it can work for our good.

2. When Paul was converted did Christ promise Paul a life without suffering?

3. Did Paul want to be like Christ, even in his suffering and death? Discuss.

4. Why did Paul suffer so much during his illustrious career as a preacher of the gospel?

5. How can we have fellowship with the sufferings of Christ?

6. Discuss why it was necessary for Christ to have fellowship with our nature, even to suffering and death.

7. How did Christ overcome the devil by death and suffering?

8. Can a church have fellowship with a preacher in his suffering? Discuss.

9. Define the nature of the fellowship, which the Philippian church had with Paul’s sufferings.

10. What does fellowship with suffering produce in the lives of God’s people?

1 Peter 4:15-16
15But let none of you suffer as a murderer, a thief, an evildoer, or as a busybody in other people’s matters. 16Yet if anyone suffers as a Christian, let him not be ashamed, but let him glorify God in this matter.
NKJV

1 Peter 4:15-16
15But let none of you suffer as a murderer, a thief, an evildoer, or as a busybody in other people’s matters. 16Yet if anyone suffers as a Christian, let him not be ashamed, but let him glorify God in this matter.
NKJV

Acts 9:15-16
15But the Lord said to Ananias, “Go! This man is my chosen instrument to carry my name before the Gentiles and their kings and before the people of Israel. 16I will show him how much he must suffer for my name.”
NIV

Philippians 3:10
10I want to know Christ and the power of his resurrection and the fellowship of sharing in his sufferings, becoming like him in his death,
NIV

2 Timothy 4:6
6For I am already being poured out as a drink offering, and the time of my departure has come.
ESV

1 Peter 4:13
13but rejoice to the extent that you partake of Christ’s sufferings, that when His glory is revealed, you may also be glad with exceeding joy.
NKJV

Hebrews 2:14
14Therefore, since the children share in flesh and blood, he likewise shared in their humanity, so that through death he could destroy the one who holds the power of death (that is, the devil),
NET

Philippians 4:14-16
14 Nevertheless you have done well that you shared in my distress. 15 Now you Philippians know also that in the beginning of the gospel, when I departed from Macedonia, no church shared with me concerning giving and receiving but you only. 16 For even in Thessalonica you sent aid once and again for my necessities.
NKJV

1 Peter 4:14
14 If you are insulted for the name of Christ, you are blessed, because the Spirit of glory and of God rests upon you.
ESV 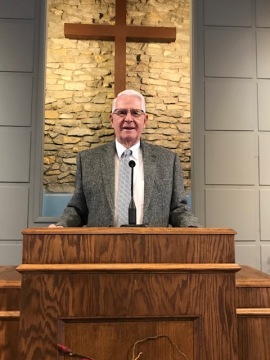