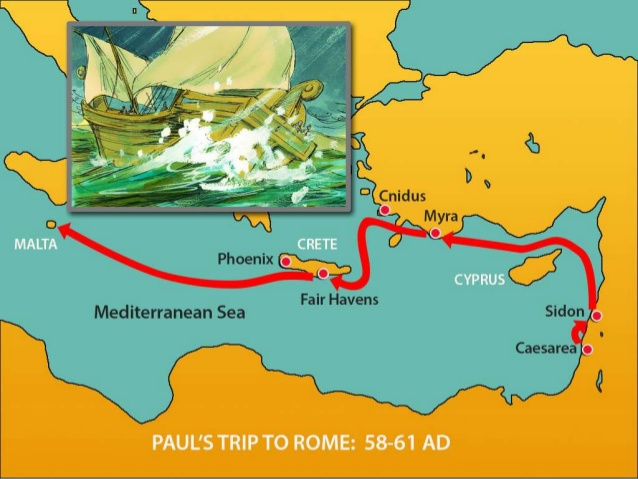 On Paul’s voyage to Rome there were 276 people aboard the vessel when they had a shipwreck that resulted in the loss of the ship and cargo (Acts 27:37). But in keeping with God’s promise to Paul, not a single person lost their life (Acts 27:22).

When they discovered where they were stranded it turned out to be the island of Malta (Acts 28:1). It was here that a war conference was held by Roosevelt, Churchill and Stalin, during World War II.

Luke describes the reception they received by the native people:

“The islanders showed us unusual kindness. They built a fire and welcomed us all because it was raining and cold” (Acts 28:2). We all enjoy the milk of human kindness, especially when we are in trouble. But it is “unusual” when total strangers show such kindness extended to those who can do nothing for them. Their “unusual kindness” involved building a fire to warm their cold bodies, giving them food and shelter and honoring them with an audience with the chief ruler of the island. But before they left for Rome, their kindness was rewarded in Paul healing the father of Publius (Acts 28:7-10).