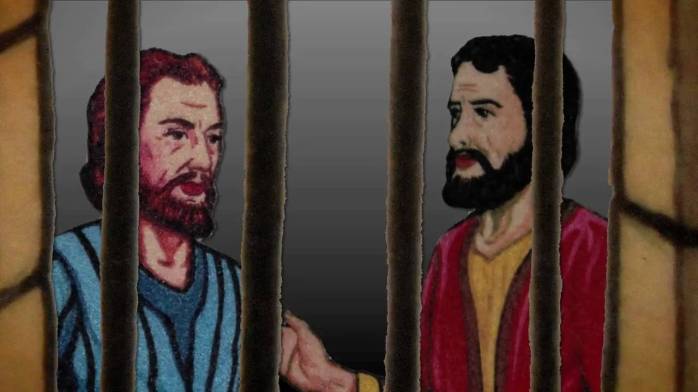 On the second evangelistic journey Paul and Silas were shamefully treated in Philippi. They were severely flogged and committed to the jailer who was commanded to keep them safely. This he did by putting them in the inner cell and fastening their feet in the stocks (Acts 16:19-24). END_OF_DOCUMENT_TOKEN_TO_BE_REPLACED 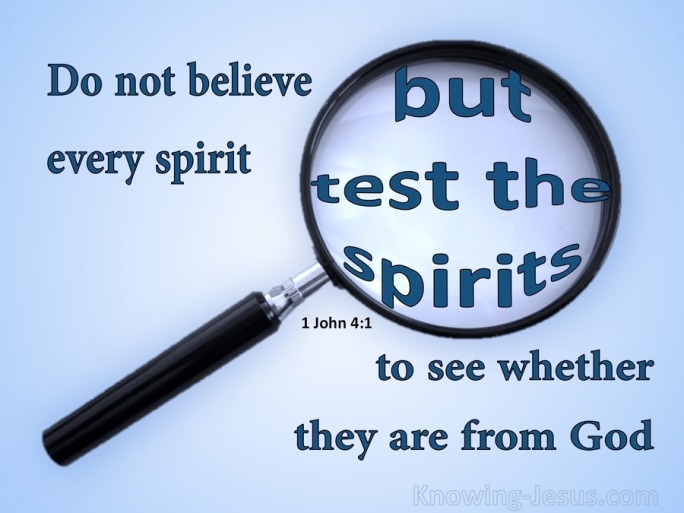 The author of the letter to the church at Ephesus is Jesus Christ (Revelation 2:1-3). This letter is a part of the Revelation which God gave to Jesus Christ, Jesus Christ gave to an Angel, and the Angel signified it to John, John wrote it down in a book and sent it to the churches (Revelation 1:1-2). A great blessing is pronounced upon those who read (aloud), hear and keep those things which are written in the last book of the Bible (Revelation 1:3). John received this wonderful disclosure while he was on the Isle of Patmos. He heard a great voice behind him as the voice of a trumpet, loud, distinct and clear. When he turned to see who was speaking, he saw seven Golden candlesticks; and in the midst of those Golden candlesticks he saw the glorified Christ, like unto the Son of Man, and he had in his right hand seven stars (Revelation 1:9-19). END_OF_DOCUMENT_TOKEN_TO_BE_REPLACED

The apostle Paul was arrested at Jerusalem and he was sent by the governing authorities on a dangerous sea voyage to Rome. The author of the Acts said,

What was going on during Paul’s two years of imprisonment in Rome? “For two whole years Paul stayed there in his own rented house and welcomed all who came to see him. Boldly and without hindrance he preached the kingdom of God and taught about the Lord Jesus Christ” (Acts 28: 30-31). Basically, Paul was preaching and teaching the gospel of Christ to a captive audience.

A LETTER FROM PRISON

Paul wrote Philippians from his prison cell. From a strictly worldly viewpoint, being in prison for no crime seemed to be a bad thing. When Christ is our life, God can take a bad thing and make it a good thing, and can even make it a God thing. Paul had a positive spirit. Because of the prayers of the Philippians for him and the power of the Spirit of Christ that was within him, he believed, “What has happened to me will turn out for my deliverance” (Philippians 1:19).

DO NOT BE ASHAMED OF CHRIST

Paul confessed that he eagerly expected, and hoped that he would not be ashamed of Christ and the gospel of Christ. He intended to be bold and courageous in exalting and magnifying Christ, whether it was by life or death (Philippians 1:20). He declared, “For to me, to live is Christ and to die is again” (Philippians 1:21). If Christ is not our life, we are not ready to die. Paul had already died to sin and now Christ was living in him. To the Galatians he said,

“I have been crucified with Christ and 1 no longer live, but Christ lives in me. The life I live in the body, I live by faith in the Son of God, who loved me and gave himself for me” (Galatians 2:20).

Let all who have been baptized into Christ rise to walk a new life of joy, and focus on living for Christ. 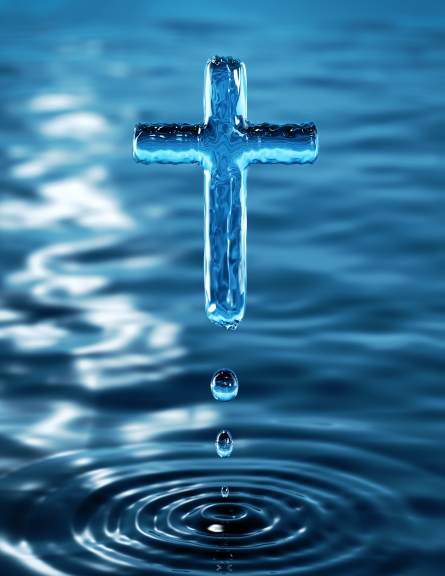 On the second evangelistic journey Paul and Silas were shamefully treated in Philippi. They were severely flogged and committed to the jailor, who was commanded to keep them safely. This he did by putting them in the inner cell and fastening their feet in the stocks.

What Must I Do To Be Saved?
Paul and Silas were heroic in their faith. They were praying and singing unto God, when about midnight there was a great earthquake that shook the prison and released the prisoners. The jailor, rather than be humiliated by the Roman government was about to take his life, when Paul cried out, “Don’t harm yourself! We are all here!” After falling down trembling, he brought Paul and Silas out and asked, “Sirs, what must I do to be saved” (Acts 16:30)?

Belief + Repentance + Baptism = Forgiveness
This teaching involved repentance and baptism for the forgiveness of sins. We know this is the case, because the jailor washed their stripes on their backs, and took them somewhere. Where did he take them? He took them to a place where there was water sufficient to baptize—and he and his family were immersed into Christ for the forgiveness of sins. The Bible says, “Then immediately he and his family were baptized (Acts 16:33).

The Jailor Was Saved By Faith, But Not Faith Alone!
The jailor and everyone today are saved by faith, but not faith alone. After the jailor believed, he repented of his sins, evidenced by acts of kindness toward Paul and Silas. Then he took Paul and Silas, and he and his family were baptized to be saved. All of these actions are how he was saved by faith, and was summed up by this eyewitness statement of the author: “The jailer brought them into his house and set a meal before them; he was filled with joy because he had come to believe in God—he and his whole household” (Acts 16:34).

The Saved Are Filled With Joy after Baptism
Conversions recorded in Acts of Apostles, confirm that no one ever was joyful of their salvation until after they were baptized, predicated on their faith, repentance, and confession! Have you rejoiced because you were baptized into Christ, where all spiritual blessings are to be found (Ephesians 1:3, 7)? Have you been baptized in order to be saved (Mark 16:16; 1 Peter 3:21)? 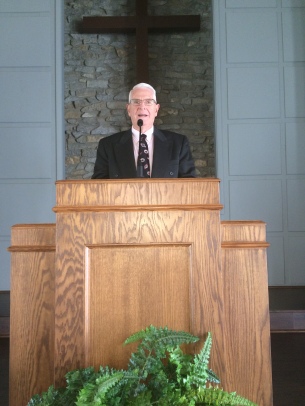 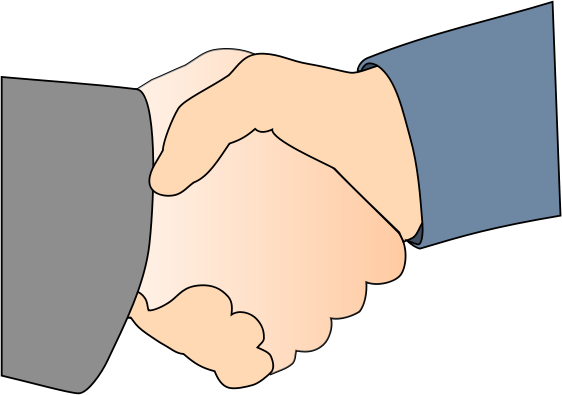 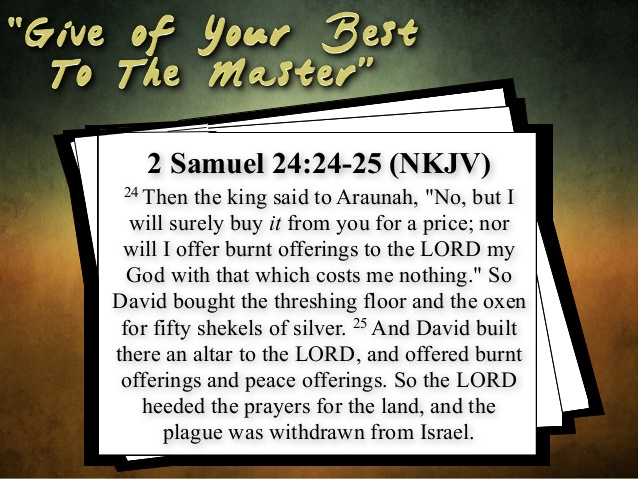 King David once said, “No, I insist on paying you for it. I will not sacrifice to the LORD my God burnt offerings that cost me nothing” (2 Sam. 24:24). He then bought the threshing floor of Araunah at a price and made his offering unto the Lord:

“So David bought the threshing floor and the oxen and paid fifty shekels of silver for them. David built an altar to the LORD there and sacrificed burnt offerings and fellowship offerings” (2 Sam. 24:24-25).

END_OF_DOCUMENT_TOKEN_TO_BE_REPLACED

In the book of Acts we have the record of Peter’s sermon which he spoke to the household of Cornelius. Cornelius was a Gentile and had invited his family and close friends to be present on this occasion.

PETER SPEAKS TO THE HOUSE OF CORNELIUS

Next he pointed out that Jesus of Nazareth went about doing good until the Jews killed him by hanging him on a tree. Near the conclusion Peter’s sermon was interrupted by the outpouring of the Holy Spirit on the Gentiles. We notice that the last thing he said before the interruption began was that everyone who believed on Christ would receive forgiveness of sins:

“He commanded us to preach to the people and to testify that he is the one whom God appointed as judge of the living and the dead. All the prophets testify about him that everyone who believes in him receives forgiveness of sins through his name” (Acts 10:42-43).

After the interruption was over, the first thing that he said to them was,

“Can anyone keep these people from being baptized with water? So he ordered that they be baptized in the name of Jesus Christ” (Acts 10:47-48).

Obviously, if Peter’s speech had not been interrupted, the connection between believing on Jesus and being baptized for the forgiveness of sins would also have been plain to all who love the truth of God.

THE APOSTLES OBEYED THE GREAT COMMISION

This simply is carrying out the Great Commission—the last words of Jesus before he went back to heaven: “Go into all the world and preach the good news to all creation. Whoever believes and is baptized will be saved, but whoever does not believe will be condemned” (Mark 16:15-16). Have you been baptized for the forgiveness of sins? 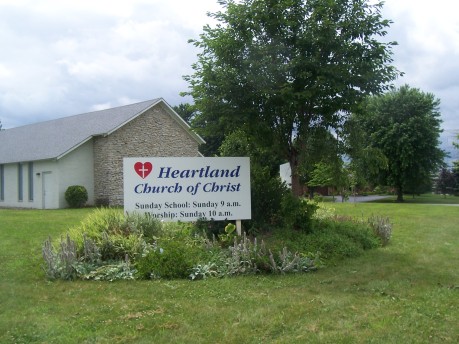 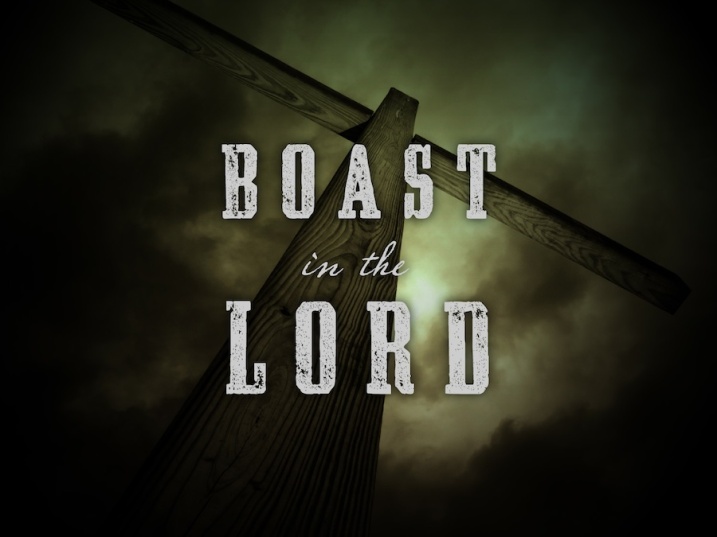 It is the nature of some people to boast—about their education, their possessions, their status in life, ad nauseam: “For men will be lovers of themselves, lovers of money, boasters, proud, blasphemers, disobedient to parents, unthankful, unholy” (2 Timothy 3:2). This is a good way for others to turn the other way when they see such a one coming toward them. END_OF_DOCUMENT_TOKEN_TO_BE_REPLACED 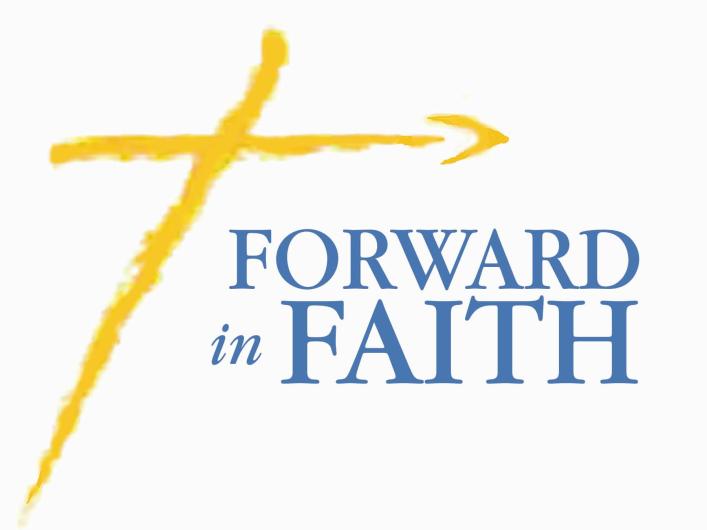 As we focus on the future, God’s people must go forward with a strong faith that God will bless our efforts when we trust in him.

During the darkest hours of the Second World War, when the future of Great Britain was hanging in the balance, Winston Churchill rallied the people of Great Britain and the world when he said, “let us go forward together.”

Many centuries before when God’s people came out of Egypt to escape their bondage, while they were being pursued from behind by the Egyptian army and with the mountains on each side of them, and the Red Sea before them, the Lord admonished Moses to command the children of Israel to go forward: “and the Lord said to Moses, why do you cry to me? Tell the children of Israel to go forward” (Exodus 14:15).

“These are the words of the Amen, the faithful and true witness, the ruler of God’s creation. I know your deeds, that you are neither cold nor hot. I wish you were either one or the other! So, because you are lukewarm—neither hot nor cold—I am about to spit you out of my mouth” (Revelation 3:14-16).

The message then to all of God’s people is to wake up out of our spiritual sleep and become active in serving the Lord. That’s the reason Paul wrote to the church Ephesus and said, “Wake up, O sleeper, rise from the dead, and Christ will shine on you” (Ephesians 5:13-14).

Almighty God has been good to all of us. He has blessed us by placing us in the most prosperous country in the world. He has blessed us with great material wealth and therefore we need to remember Solomon’s Council to his son in the book of Proverbs:

Proverbs 3:1, 9-10
My son…Honor the Lord with your wealth, with the firstfruits of all your crops; then your barns will be filled to overflowing, and your vats will brim over with new wine.
NIV

Let us all go FORWARD IN FAITH! 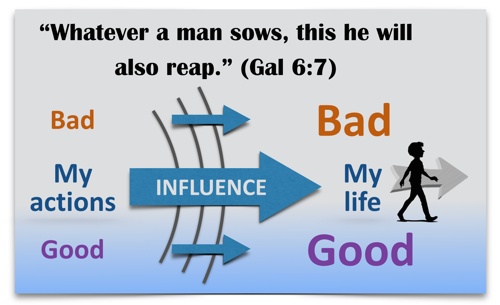