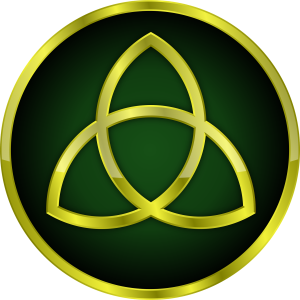 The Bible teaches that there is just one God or Godhead, but this one Godhead involves three distinct persons. In a discussion with a Jewish scribe, Jesus referred to the Old Testament Scriptures which taught that God is one Lord. The scribe had asked, “Which is the first commandment of all?” Jesus answered him, “The first of all the commandments is: ‘Hear, O Israel, the LORD our God, the LORD is one” (Mark 12:29). Jesus here referred to the statement of Moses as found in Deuteronomy 6:4-5.

The Jews worshiped just one God in contrast to the polytheism of the pagan nations surrounding them. We are to worship and serve one God, and yet, God is not one person. The New Testament teaches that Jesus Christ is the fullness of the Godhead bodily, which simply means that he possesses all the powers and attributes of the deity. Paul said, “For in Him dwells all the fullness of the Godhead bodily” (Colossians 2:9).

When Jesus Christ assumed bodily form, and lived upon the earth, he exhibited all the marks of the divine nature. Philip once asked the Lord to show him the Father, whereupon Jesus replied, “Have I been with you so long, and yet you have not known Me, Philip? He who has seen Me has seen the Father; so how can you say, ‘Show us the Father’” (John 14:9)?

On another occasion the Pharisees asked Jesus, “Where is Your Father?” Jesus replied, “You know neither Me nor My Father. If you had known Me, you would have known My Father also” (John 8:19). This is what Paul meant when he said that all the fullness of the Godhead dwelled bodily in Christ Jesus.

There are churches that teach that Jesus Christ is all three persons mentioned in the Godhead. They affirm that there is just one person in the divine Godhead. They deny that there is God the Father, God the Son and God the Holy Spirit. They say, “Where does the Bible use such expressions as those which you have just mentioned?”

Let us notice that the Bible applies the noun God to the Father, the Son and the Holy Spirit. END_OF_DOCUMENT_TOKEN_TO_BE_REPLACED

Jesus Christ once said, “I and my Father are one” (John 10: 30). There are churches that teach that there is just one person in the Godhead, and deny that the Father, Son and Holy Spirit are three distinct persons. END_OF_DOCUMENT_TOKEN_TO_BE_REPLACED