The United States Marines have a motto that says, “We are looking for a few good men.” The Marine Corps has a glorious history of good men who were courageous, brave, caring for their fellow Marines, and loyal patriots of America.

Lee Iacocca was a brilliant businessman who pulled the Chrysler Corporation out of almost certain bankruptcy. After he retired he published a book with the title, “Where Have All The Leaders Gone?” He was referring to business leaders who are failing to lead businesses and corporations in successful ways.

God is also looking for leaders and good men to serve him in the family, in the church, and in our great country. Too many fathers are abandoning their families, their jobs, and the church. They are not faithful to their family, their job and the church of Christ.

It is time for fathers to assume their God-given responsibility as the head of the home and religious leader of the family. There is an old English proverb that says, “One father is worth more than one hundred schoolmasters.” The American icon, Mark Twain declared, “My father was an amazing man. The older I got, the smarter he got.”

In the early days of our country, a well-known preacher by the name of Jonathan Edwards said,

Resolved: first; that every man should live at his highest and best for Christ always and everywhere, and second; whether any other man in the world so lives are not, I shall strive with God’s help so to live to the end of my day.

God Almighty is looking for a few good men to be leaders in the home and in the church. But it is increasingly becoming more difficult to find these kinds of men to be leaders in all of the different kinds of responsibilities incumbent on them. There seems to be a decline of male leadership in almost all of our institutions in America. This is not a good thing and we must turn it around in order for God to bless his people.

Today, our lesson is on The Ezekiel Project. There is in the book of Ezekiel a sentence that emphasizes the power of one person:

Ezekiel 22:30-31
So I sought for a man among them who would make a wall, and stand in the gap before Me on behalf of the land, that I should not destroy it; but I found no one. Therefore I have poured out My indignation on them; I have consumed them with the fire of My wrath; and I have recompensed their deeds on their own heads,” says the Lord God.
NKJV

Each person has an individual and personal responsibility to fulfill before Almighty God. And our great leader Jesus Christ does not allow the individual to get lost in the crowd. He wants us to step up and be a man.

In the days of Ezekiel the world was much like our world is today. There was a decline in everything that was good during the sixth century before Christ.

o There was a decline of standards of right and wrong, truth and error.

o There was a decline of morals with everyone doing what was right in their own eyes.

o There was a decline of religion, with the people of God abandoning his word and worshiping and serving pagan idolatry.

The nation of Israel had fallen away from God and was in exile because of their sin and rebellion. Israel had desecrated the Sabbath day–the Jewish day of worship. They were guilty of every form of idolatry—worshiping false gods created by men. They had shed much blood by committing murder. They were guilty of every kind of immorality as described in Leviticus 18, and 20. They were even guilty of practicing child sacrifices that they had learned from their ungodly neighbors.

All of these evil and sinful things were being practiced from the princes to the people—from the head to the toe.

Israel’s officials within her were like wolves tearing their prey. They would kill and shed blood to make unjust gain (Ezekiel 22:27).

Ezekiel declared, “Her prophets plastered them with untempered mortar, seeing false visions, and divining lies for them, saying, ‘Thus says the Lord God,’ when the Lord had not spoken” (Ezekiel 22:28).

What kind of a man was God looking for? God was looking for a leader who could save his people. But what did Ezekiel find, “So I sought for a man among them who would make a wall, and stand in the gap before Me on behalf of the land, that I should not destroy it; but I found no one” (Ezekiel 22:30). After looking everywhere throughout the people he found no one—none!

One man who is a leader with character and courage can save a country from peril. For example, George Washington was such a man with courage and character. He demonstrated his leadership qualities at Dorchester Heights, Valley Forge, Trenton and Princeton New Jersey by never wavering or giving up. Henry Knox was also such a man with courage, determination and with double energy by dragging the big cannons from Fort Ticonderoga all the way Dorchester Heights to save Boston from the British. Shall I also mention Nathaniel Green and all of our founding fathers who signed the Declaration of Independence and put their lives, liberty, and sacred honor on the line?

o Boston: how much does a man know?
o Philadelphia: who was the man’s father?
o New York: where does the man come from?
o Chicago: how much money does the man have?

These are human values of the man. But God does not value man according to these standards. God looked everywhere for a man of God, not a man of the world. God look for a man who would seek God’s glory and not his own glory and fame. God looked for a faithful man who had convictions based on the law of God and not the passing vanities of men.

If God could find his man, what did he want him to do after he found him?

In ancient times a city was surrounded by a wall to protect them from invading forces. Therefore to build up the wall was a defensive work. In any kind of battle or competition both defensive and offensive work is necessary for victory. Also, spiritually speaking the wall was a symbol of salvation. In his great work, Isaiah, the messianic prophet sung a song of salvation:

Isaiah 26:1
In that day this song will be sung in the land of Judah:
“We have a strong city;
God will appoint salvation for walls and bulwarks.
NKJV

Thus says the Lord God: “Woe to the foolish prophets, who follow their own spirit and have seen nothing! O Israel, your prophets are like foxes in the deserts. You have not gone up into the gaps to build a wall for the house of Israel to stand in battle on the day of the Lord. They have envisioned futility and false divination, saying, ‘Thus says the Lord!’ But the Lord has not sent them; yet they hope that the word may be confirmed. Have you not seen a futile vision, and have you not spoken false divination? You say, ‘The Lord says,’ but I have not spoken.”
NKJV

Thus Ezekiel has looked for the kind of man that God wants to build up the wall, but he said, “I have found none.” It would be about 150 years later that this defensive work of building up the walls of Jerusalem would be undertaken by Nehemiah.

Stand in the Gap

But God was also looking for someone who could stand in the gap. A gap is an open space between two objects. It is identical to a breach. When I think of someone standing in the gap, it is Leonidas and the 300 Athenians who stood in the gap and died to the last man in the battle at Thermopylae.

A gap or breach can be either literal or metaphorical. In the Psalms David told how Moses stood in the breach and kept God’s people from being destroyed:

Psalms 106:21-23
They forgot God their Savior,
Who had done great things in Egypt,
Wondrous works in the land of Ham,
Awesome things by the Red Sea.
Therefore He said that He would destroy them,
Had not Moses His chosen one stood before Him in the breach,
To turn away His wrath, lest He destroy them.
NKJV

God could not find a man to build the wall and stand in the gap in the days of Ezekiel. There is great power in one or a few people who will stand up and be counted. Ten righteous people would have saved Sodom and Gomorrah! But God could not find one righteous man other than Lot (Genesis 18:32). 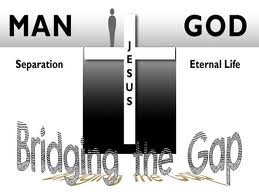 But thanks to God, he finally found his man. The Son of God was the Man of God who could stand in the breach or gap on our behalf. He was a real man tempted in all points like as we are, yet without sin (Hebrews 4:15). During his trial, when Jesus came out wearing the crown of thorns and the purple robe, Pilate said to the people, “Here is the man! (John 19:5)!

Will you respond to the invitation of this great Man of God as uttered in Matthew 11:28-30,

Come to Me, all you who labor and are heavy laden, and I will give you rest. Take My yoke upon you and learn from Me, for I am gentle and lowly in heart, and you will find rest for your souls. For My yoke is easy and My burden is light.”

You can respond by believing that Jesus is the Christ, repenting of all sin in your life, confessing your conviction with the mouth and being immersed in water for the forgiveness all past sin! Today is the day of salvation!* 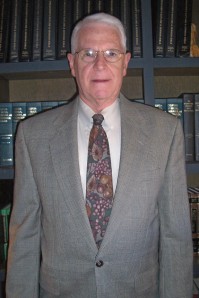