Where Are The Nine? 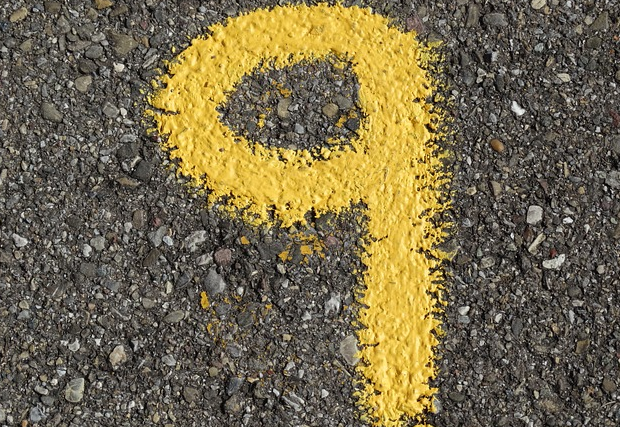 We remember the first Thanksgiving Day that led to our National holiday. William Bradford, the governor of Plymouth colony, proclaimed in 1623:

To All Ye Pilgrims: Inasmuch as the great Father has given us this year an abundant harvest of Indian corn, wheat, beans, squashes, and garden vegetables, and has made the forests to abound with game and the sea with fish and clams, and inasmuch as He has protected us from the ravages of the savages, has spared us from pestilence and disease, has granted us freedom to worship God according to the dictates of our own conscience; now, I, your magistrate, do proclaim that all ye Pilgrims, with your wives and little ones, do gather at ye meeting house, on ye hill, between the hours of 9 and 12 in the day time, on Thursday, November ye 29th of the year of our Lord one thousand six hundred and twenty-three, and third year since ye Pilgrims landed on ye Pilgrim Rock, there to listen to ye pastor, and render thanksgiving to ye Almighty God for all His blessings.

The United States Marines have a motto that says, “We are looking for a few good men.” The Marine Corps has a glorious history of good men who were courageous, brave, caring for their fellow Marines, and loyal patriots of America.

Lee Iacocca was a brilliant businessman who pulled the Chrysler Corporation out of almost certain bankruptcy. After he retired he published a book with the title, “Where Have All The Leaders Gone?” He was referring to business leaders who are failing to lead businesses and corporations in successful ways.

God is also looking for leaders and good men to serve him in the family, in the church, and in our great country. Too many fathers are abandoning their families, their jobs, and the church. They are not faithful to their family, their job and the church of Christ.

It is time for fathers to assume their God-given responsibility as the head of the home and religious leader of the family. There is an old English proverb that says, “One father is worth more than one hundred schoolmasters.” The American icon, Mark Twain declared, “My father was an amazing man. The older I got, the smarter he got.”

In the early days of our country, a well-known preacher by the name of Jonathan Edwards said,

Resolved: first; that every man should live at his highest and best for Christ always and everywhere, and second; whether any other man in the world so lives are not, I shall strive with God’s help so to live to the end of my day.

God Almighty is looking for a few good men to be leaders in the home and in the church. But it is increasingly becoming more difficult to find these kinds of men to be leaders in all of the different kinds of responsibilities incumbent on them. There seems to be a decline of male leadership in almost all of our institutions in America. This is not a good thing and we must turn it around in order for God to bless his people.

Today, our lesson is on The Ezekiel Project. There is in the book of Ezekiel a sentence that emphasizes the power of one person:

Ezekiel 22:30-31
So I sought for a man among them who would make a wall, and stand in the gap before Me on behalf of the land, that I should not destroy it; but I found no one. Therefore I have poured out My indignation on them; I have consumed them with the fire of My wrath; and I have recompensed their deeds on their own heads,” says the Lord God.
NKJV

Each person has an individual and personal responsibility to fulfill before Almighty God. And our great leader Jesus Christ does not allow the individual to get lost in the crowd. He wants us to step up and be a man.

In the days of Ezekiel the world was much like our world is today. There was a decline in everything that was good during the sixth century before Christ.

o There was a decline of standards of right and wrong, truth and error.

o There was a decline of morals with everyone doing what was right in their own eyes.

o There was a decline of religion, with the people of God abandoning his word and worshiping and serving pagan idolatry.

The nation of Israel had fallen away from God and was in exile because of their sin and rebellion. Israel had desecrated the Sabbath day–the Jewish day of worship. They were guilty of every form of idolatry—worshiping false gods created by men. They had shed much blood by committing murder. They were guilty of every kind of immorality as described in Leviticus 18, and 20. They were even guilty of practicing child sacrifices that they had learned from their ungodly neighbors.

All of these evil and sinful things were being practiced from the princes to the people—from the head to the toe. END_OF_DOCUMENT_TOKEN_TO_BE_REPLACED

It has been stated that George Washington, the father of our country was baptized by immersion. The following photo hangs in Gano Chapel of William Jewell College in Liberty, Missouri. It pictures George Washington being immersed by the preacher John Gano (1736-1804).

There are only three aspects of baptism: (1) The subject of baptism; (2) The action of bap¬tism; and (3) The purpose of baptism. When Paul gave an account of his own baptism, he related that the preacher Ananias commanded him, “And now what are you waiting for? Get up, be baptized and wash your sins away, calling on his name” (Acts 22.16). If Paul was saved before his baptism, then he was saved while still in his sins. But Jesus said baptism was to be saved from sin.

Jesus declared in his final words, “Go into all the word and proclaim the gospel to the whole creation. Whoever believes and is baptized will be saved, but whoever does not believe will be condemned” (Mark 16:15-16 ESV). This is plain–belief plus baptism equals salvation. Belief minus baptism equals condemnation. Were it not for the traditions and doctrines of men (Matthew 15:7-9), more believers would obey the Lord in baptism.

Paul was not saved before his baptism. Paul was a strict, zealous persecutor of the church and he thought he was doing the right thing. But he was lost without Christ. But when he did what Christ commanded him to do by the preaching of the gospel, he was saved like everyone else then and like all are today.

Baptism is a likeness to the death, burial and resurrection of Christ. Paul declares in Romans 6:3-4: “Or do you not know that as many of us as were baptized into Christ Jesus were baptized into His death? Therefore we were buried with Him through baptism into death, that just as Christ was raised from the dead by the glory of the Father, even so we also should walk in newness of life” NKJV.

This chart illustrates that in water baptism for the forgiveness of sins, the sinner dies to a life of sin, buries the dead sinner and is resurrected a forgiven child of God to live a new life.

A good example is the Christians at Corinth, Greece. The apostle Paul founded this congregation and then stayed with them for a year and a half. At first there was much persecution, but the Lord told Paul that He potentially had many people in this city. The Bible declares, that “many of the Corinthians hearing, believed and were baptized (Acts 18:8).

Now it was necessary to change their old manner of life and begin living a new life for the Lord. The Bible says, “Therefore, if anyone is in Christ, he is a new creation; old things have passed away; behold, all things have become new” (2 Corinthians 5:17). There is only one way to get into Christ and that is to be baptized into Christ (Galatians 3:26-27). Faith is unto (Romans 10:10), repentance is unto (Acts 11:18), confession of faith is unto (Romans 10:10), but water baptism for forgiveness of sin is always into!

In the judgment of most Americans, George Washington was our best President. He like all of us was not perfect, for all have sinned and come short of God’s glory (Romans 3:23), and “there is none righteous, no, not one” (Romans 3:10). But thank God the founding father of our country was wise enough in the scriptures to obey the Lord in baptism!