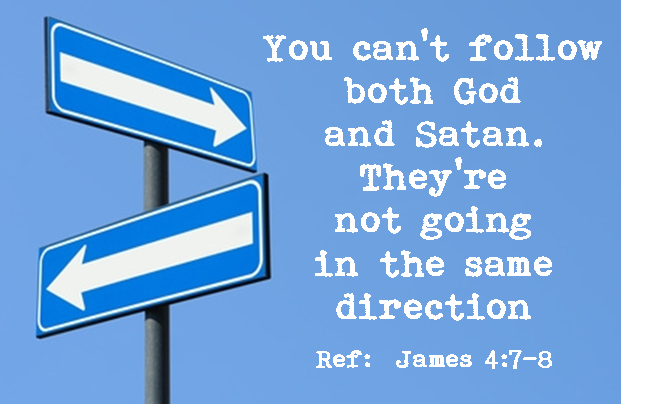 Our God is great, but he wants a close relationship with all of his people. Sadly, many Christian people never realize the nearness of God in their daily walk with God. Many of God’s children feel that God is far away and not interested in their joys and sadness. However, this is not the case. God has demonstrated over and over again, that if we will seek him out he will be found to be close at hand.

Near the end of the New Testament revelation, the apostle James exhorted the Christians of the dispersion to, “Come close to God and He will come close to you” (James 4:8). Man left God, but God did not leave sinful man. Because of the great love, mercy and grace of God, he made the first and last move to reconcile man back to himself. This he did by sending his beloved Son from heaven to earth to redeem us from eternal separation. Now it is up to each one of us to make our move back to God and enjoy the close fellowship that was enjoyed in the Eden Paradise.

We serve the great and awesome God—the Father, Son and Holy Spirit. This triune God was and is all-powerful in creation, providence and redemption. David, the Royal Bard of Israel declared in the Psalms, “O Lord, our Lord, how majestic is your name in all the earth! You have set your glory above the heavens” (Psalms 8:1 ESV). And again he exclaims, “The heavens declare the glory of God, and the sky above proclaims his handiwork” (Psalms 19:1 ESV).

In his prologue, John the apostle affirms that the Word was made flesh—Jesus Christ is both all powerful and yet very close:

The advent of our great God and Savior Jesus Christ, demonstrates that God wants to be close to his children. “And the Word became flesh and dwelt among us, and we beheld His glory, the glory as of the only begotten of the Father, full of grace and truth” (John 1:14 NKJV). While on this earth, Jesus walked and talked, taught and was tempted in all points like his fellow-man. He was especially close to his disciples and chosen apostles. He also wants to be close to his people today.

God Is Close To His People

Our God can be close to each of us if we will come close to him. This is the case because God is omnipotent—all powerful; omniscient—all knowing; and omnipresent—fills the universe:

1. God is above us because there is, “One God and Father of all, who is over all and through all and in all” (Ephesians 4:6 NIV).

2. God is before us because, “By day the LORD went ahead of them in a pillar of cloud to guide them on their way and by night in a pillar of fire to give them light, so that they could travel by day or night” (Exodus 13:21 NIV).

3. God is around us because, “As the mountains surround Jerusalem, so the LORD surrounds his people both now and forevermore” (Psalms 125:2 NIV).

5. God is beneath us because, “The eternal God is your dwelling place, and underneath are the everlasting arms. And he thrust out the enemy before you and said, Destroy” (Deuteronomy 33:27 ESV).

7. God is in us because Paul declares, “To them God willed to make known what are the riches of the glory of this mystery among the Gentiles: which is Christ in you, the hope of glory” (Colossians 1:27 NKJV).

The Lord Is Not Far From Every One of Us

On one of Paul’s evangelistic journeys, he came to Athens, Greece. And while he waited for Timothy, he toured the idolatrous city and observed that they had erected an idol to “the unknown god.” Ancient historians have noted that in Athens there were more gods erected than there were men present. This gave Paul the title and theme of his sermon on Mars Hill as recorded in Acts of apostles:

Acts 17:22-28
Paul then stood up in the meeting of the Areopagus and said: “Men of Athens! I see that in every way you are very religious. For as I walked around and looked carefully at your objects of worship, I even found an altar with this inscription: TO AN UNKNOWN GOD. Now what you worship as something unknown I am going to proclaim to you. “The God who made the world and everything in it is the Lord of heaven and earth and does not live in temples built by hands. And he is not served by human hands, as if he needed anything, because he himself gives all men life and breath and everything else. From one man he made every nation of men, that they should inhabit the whole earth; and he determined the times set for them and the exact places where they should live. God did this so that men would seek him and perhaps reach out for him and find him, though he is not far from each one of us. ‘For in him we live and move and have our being.’ As some of your own poets have said, ‘We are his offspring.’
NIV

Take notice that both Paul and James agree that sinful men should seek after the Lord; they should feel after him and find him, because he is not far from any of us. For in him all of us live, move and have our being—we are the offspring of God.

Come Close To God in Marriage

There is not a better time to come close to God than when a man and a woman seek a marriage partner. Jacob and Esau were born to Isaac and Rebecca. Esau is declared to have been a profane person who sold his birthright for “one morsel of meat” (Hebrews 12:16 KJV). He also was satisfied with selecting ungodly Canaanite women to be his wives.

When the time came for Jacob to be married, his father Isaac warned him not to marry a Canaanite woman, but instructed him to go to Paddan Aram and gain a wife from among his grandfather Bethuel and his uncle Laban, relatives of his mother. They were God fearing and would have daughters of like mind:

Genesis 28:1-4
So Isaac called for Jacob and blessed him and commanded him: “Do not marry a Canaanite woman. Go at once to Paddan Aram, to the house of your mother’s father Bethuel. Take a wife for yourself there, from among the daughters of Laban, your mother’s brother. May God Almighty bless you and make you fruitful and increase your numbers until you become a community of peoples. May he give you and your descendants the blessing given to Abraham, so that you may take possession of the land where you now live as an alien, the land God gave to Abraham.”
NIV

By faith and obedience Jacob respected his father and set out on his long journey to Haran. After a long day of his trek and as the sun was setting and the shadows were falling around him, he decided to spend the night in a desolate place with only a stone for his pillow. He fell into a deep sleep and dreamed of a ladder or stairway from earth to heaven. The angels of God were ascending and descending upon the ladder. The Lord God himself stood at the top of the staircase and spoke to Jacob: “…”I am the LORD, the God of your father Abraham and the God of Isaac. I will give you and your descendants the land on which you are lying. Your descendants will be like the dust of the earth, and you will spread out to the west and to the east, to the north and to the south. All peoples on earth will be blessed through you and your offspring. I am with you and will watch over you wherever you go, and I will bring you back to this land. I will not leave you until I have done what I have promised you” (Genesis 28:13-15). This dream and its implications were indelibly stamped upon his mind.

While these thoughts were still fresh on his mind, Jacob exclaimed to himself the next morning, “Surely the LORD is in this place, and I was not aware of it.” He was afraid and said, “How awesome is this place! This is none other than the house of God; this is the gate of heaven” (Genesis 28:16-17). He then took the stone pillow and raised it upon a pillar and sanctified the place as “Bethel,” which in Hebrew means the house of God. This episode demonstrates that God is always close to his people when we are obedient and draw near to him.

The Gentiles Were Once Far Away From God

Today, Jew and Gentile can come near to God, even though once the Gentiles were “aliens from the commonwealth of Israel and strangers from the covenants of promise, having no hope and without God in the world: But now in Christ Jesus you who sometimes were far off are made near by the blood of Christ” (Ephesians 2:12-13).

James 4:8-10
Come near to God and he will come near to you. Wash your hands, you sinners, and purify your hearts, you double-minded. Grieve, mourn and wail. Change your laughter to mourning and your joy to gloom. Humble yourselves before the Lord, and he will lift you up.
NIV

The appeal of James is both a command and a promise. The command is “come close to God.” The promise is “He will come close to you.” But it is a conditional promise outlining the way we can draw close to God. 1. We must quit dabbling and dithering in sin—“wash your hands you sinners.” 2. Take care of the inside as well as the outside—“purify your hearts, you double-minded.” 3. Humble yourselves under the mighty hand of God by repenting of your wicked ways with godly sorrow—grieve, mourn and wail, turning our laughter and joy to mourning and gloom. It is only then that God will come close to us, lift us up and give us the rejoicing evermore that we have in Christ Jesus.