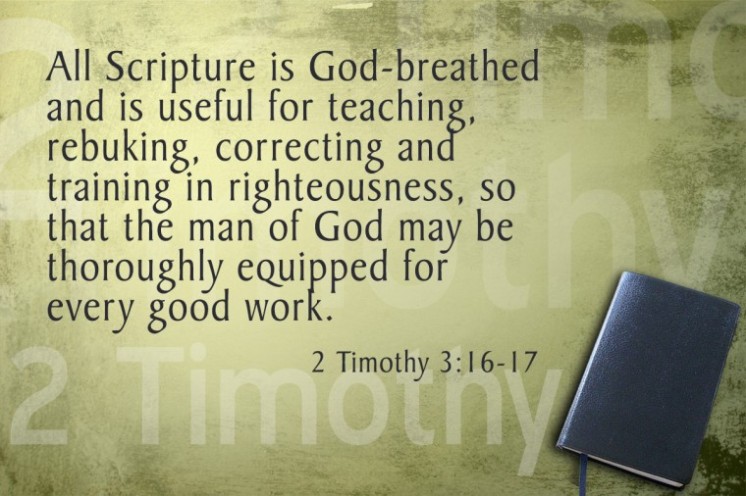 CHRIST AND THE PENTATEUCH

CHRIST CLAIMED THE PENTATEUCH IS INSPIRED

Not only did Jesus sanction the authority and inspiration of Moses concerning Genesis, the first book of the Bible, but also the other four books of the Pentateuch which generally are received as the books of Moses. Jesus affirmed the Mosaic authorship of the Pentateuch and claimed that Moses even wrote concerning him.

THE PENTATEUCH TESTIFIES OF THE DEITY OF CHRIST

The Old Testament books testify concerning the deity of Christ. Jesus presented this area of testi¬mony to his critics as recorded in John chapter five:

“You diligently study the Scriptures because you think that by them you possess eternal life. These are the Scriptures that testify about me, yet you refuse to come to me to have life.” “…But do not think I will accuse you before the Father. Your accuser is Moses, on whom your hopes are set. If you believed Moses, you would believe me, for he wrote about me. But since you do not believe what he wrote, how are you going to believe what I say?” (John 5:39-40, 45-47.)

Observe that Jesus stated that Moses wrote concerning him when he said God would raise up a prophet like unto him:

Deuteronomy 18: 15-19
“The LORD your God will raise up for you a prophet like me from among your own brothers. You must listen to him. For this is what you asked of the LORD your God at Horeb on the day of the assembly when you said, “Let us not hear the voice of the LORD our God nor see this great fire anymore, or we will die.” The LORD said to me: “What they say is good. I will raise up for them a prophet like you from among their brothers; I will put my words in his mouth, and he will tell them everything I command him. If anyone does not listen to my words that the prophet speaks in my name, I myself will call him to account.”

This is what Moses wrote concerning Christ, and it is taken from the book of Deuteronomy, the fourth book of the Pentateuch. But Jesus said if you believe not his writings how shall you believe my words? Therefore Jesus believed that Moses was the author of the first five books of the Old Testament. He endorsed and sanctioned the inspiration of the writings of Moses. Also Peter and the apostles accepted the inspiration of Deuteronomy when they applied this same text to Christ. (Acts 3:22-24.)

Concerning this argument of Christ, one writer has made the following fine statement,

“Here is no ad hominem argument. He meets His Jewish persecutors with a head on declaration that their Bible is true, though they have misconstrued it. He declares the Pentateuch to have been written by Moses and to be prophetic of Himself. Strangely, these two points are denied by the entire group of higher critics of our day. That the Old Testament was supernaturally written and made predictions about Jesus Christ is not accepted by modem scholarship. With a thoroughly naturalistic bias they rule out direct Messianic prediction.” 1

From this we can draw the obvious conclusion that Jesus endorsed all five books of Moses, and he based his argument upon the very fact that Moses’ writings were inspired and authoritative and that they had made predictions concerning him.

CHRIST DEFEATED THE DEVIL WITH THE BOOK OF DEUTERONOMY

We would do well to hold the same attitude and reverence for the writings of Moses and other inspired prophets of olden times. But perhaps the best example of the attitude of Jesus toward the writings of Moses is found in the fourth chapter of Matthew, where we have the record of the great battle between Jesus Christ and the devil himself.

After Jesus had been baptized, and had received the commendation of his heavenly father, he was rushed into the suffering of temptation. After he had fasted for forty days and forty nights, the devil came to him and tempted him. In each case our Lord quoted from the book of Deuteronomy, and in so doing vanquished the onslaughts of Satan.

First, Satan suggested that Jesus should turn stones into bread in order to satisfy his hunger, but Jesus replied, “It is written, Man shall not live by bread alone, but by every word that proceeds out of the mouth of God.” (Matthew 4: 4.) This is a quotation from Deuteronomy 8: 3.

Secondly, the devil took him upon the pinnacle of the temple and suggested that he cast himself down since God had given his angels charge concerning him, and that they would bear him up any time lest he would dash his foot against a stone. Jesus replied, “It is written again, Thou shalt not tempt the Lord thy God.” (Matthew 4: 7.) This is a quotation of Deuteronomy 6: 16.

In the third place, when the devil took Christ up into an exceedingly high mountain, and offered him all the kingdoms of the world if he would only fall down and worship him, Jesus replied: “Get thee hence, Satan: for it is written, Thou shalt worship the Lord thy God, and him only shalt thou serve.” (Matt. 4: 10.) This is a quotation from Deut. 6: 13.

Did Jesus respect the book of Deuteronomy? Did our Lord think that there was any power in the word of God as recorded in that book? Most obviously he did. There was such power and force in his arguments that the devil left him at least for a little time.

Let all who respect God, Christ and the Holy Spirit, accept the verbal inspiration and divine revelation of the Pentateuch—the five books of Moses.

1 R. Laird Harris, Inspiration and Canonicity of the Bible, p. 58.